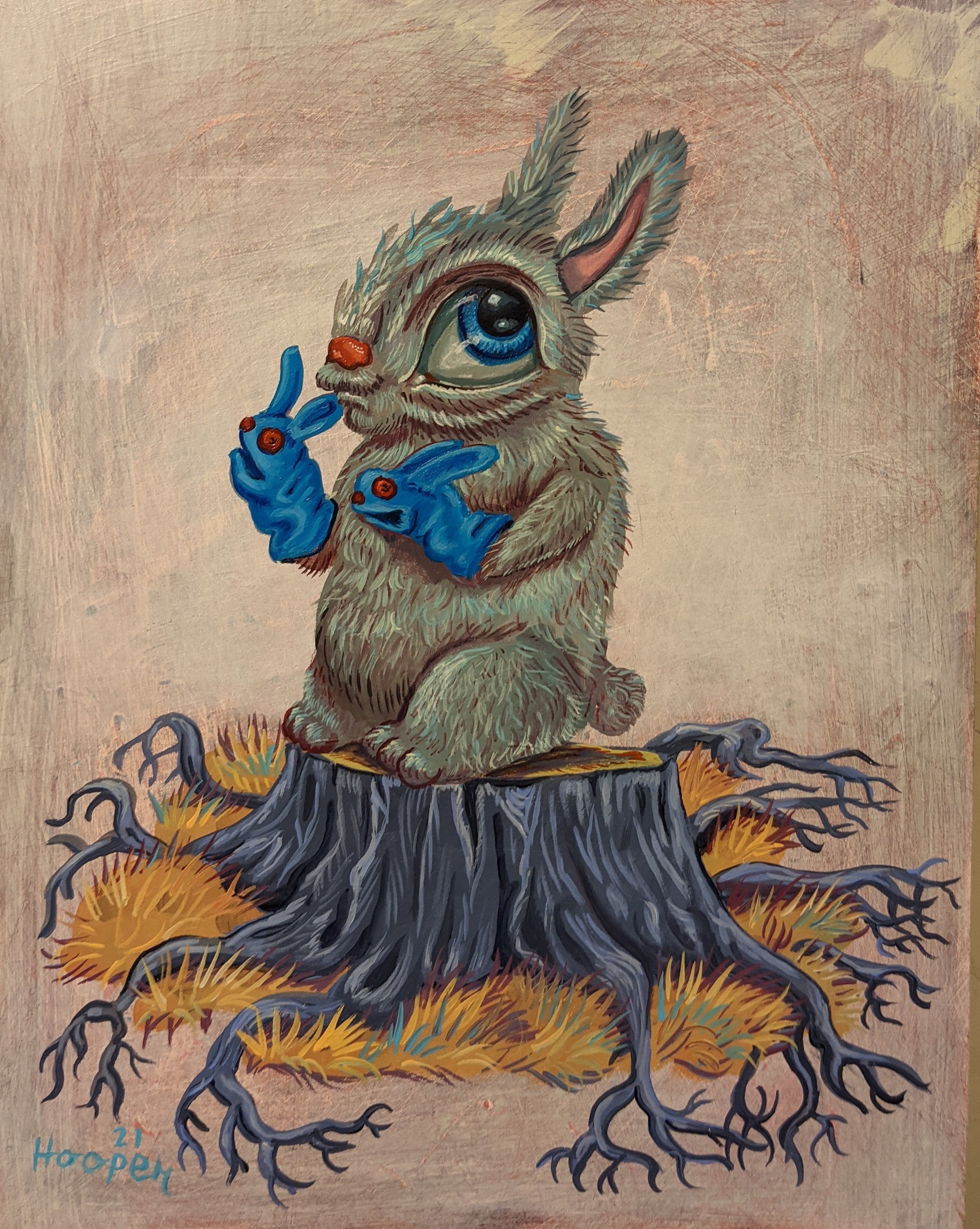 For several years now, I have painted these big-eyed bunnies. If you have followed my work, you have surely seen these furry little rascals inhabiting the Hooper universe. The whole idea was to take a subject that most people think of as cute and make it creepy. The first of these bunnies were actually hairless, pink fleshed creatures with an oversized human-like eye. The original idea was hairless hares (I am sometimes a fan of corny dad jokes and dumb puns). Gradually the bald bunnies began to grow hair and their eyes became more exaggerated. If they became cute, or adorable in any way it was completely accidental. I often project human feelings, emotions and situations onto these bunnies. Although some of the themes can be kind of heavy, my aim is to present these characters in a playful and humorous manner.